Nothing personal, just business. Not for much longer. 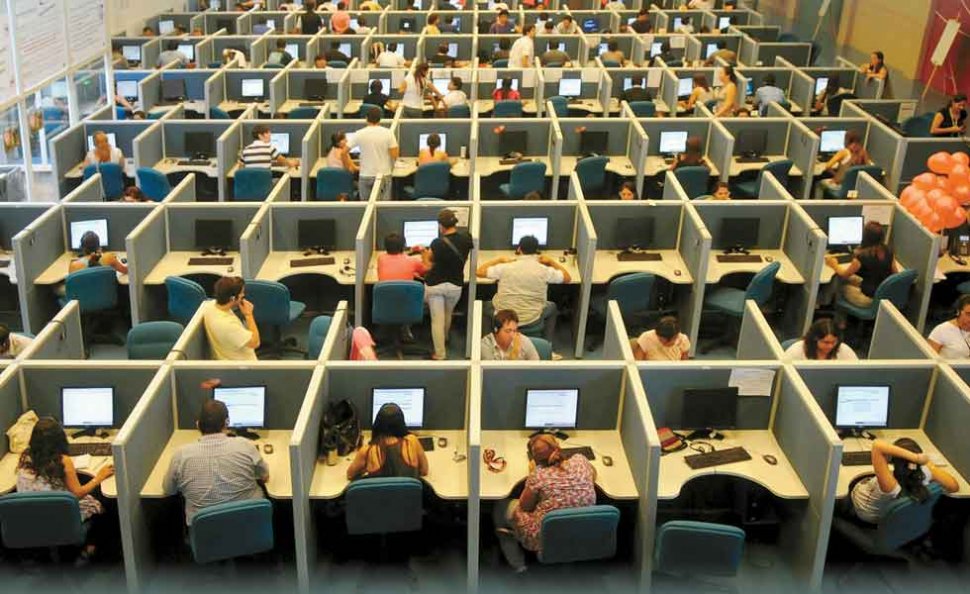 Forty years ago a single movie gave birth to the famous phrase that would take by storm the lingo of the CEOs of the time. It kind of struck a note with this crowd for the tough business decisions they had to face daily – “Nothing personal, just business.” Not much later this phrase would be commonly heard on all floors of corporate structures – as a rationalization, absolving of guilt someone’s opportunistic behavior. Usually of questionable moral and revolving around maximizing profits.

Almost half a century later, this phrase and the corresponding profit oriented mindset still run the world we find ourselves in today. A mindset which has lead us to unprecedented economic inequality, environmental disasters and fierce, wasteful competition between corporations of all sizes. Survival of the fittest. Conquer or be conquered. To an extent where the boundaries of right and wrong got blurred, distorted even. Where alleged (or not so alleged) abuses against workers rights, personal data security, the environment, and more are passionately defended in courts by new, powerful CEOs.

But it seems it was always meant to play out like this. As Tim Wu (the man, who among many other things, coined the phrase “net neutrality“) describes in his book “The Master Switch: The Rise and Fall of Information Empires” – the development of the 20th century information technologies and the conglomerates they gave rise to are a product of a natural pattern he calls the Cycle. Within a Cycle, a technology usually starts as a proposed solution by curious people and communities driven by their vision of improving some aspects of our future. In its infancy these technologies are open – for alteration and iteration by others. Until an entrepreneur finds a niche to use that technology for profit. But so do other entrepreneurs. Being forced to compete, to keep close doors, to create and guard proprietary information, pushed to make morally questionable decisions in order to grow. The most successful in this game become the monopolies and the gatekeepers (Facebook, Google, Amazon, Uber, etc.).

So still goes the Cycle today, with the economy incentives still set for maximum growth. Those which grow to be the biggest, dictate the future for the rest of us. All of the profit and power consolidating within few companies. The “choice” is yours – you either remain inside or you are outside. Nothing personal, just business.

Combine these legacy of inherited Cycles with the basic human drives to strive for more and the end result is that today we would put far more trust into code and machines than into fellow human beings. So no wonder then, that a 9 page white paper gave birth to a 600bn USD market cap of cryptocurrencies – all filled with promises of decentralized governance, fairness and security governed by code.

As the mysterious inventor of Bitcoin, Satoshi Nakamoto, observed in his paper – “the root problem with conventional currency is all the trust that’s required to make it work.” Granted, currently most participants in this new economy may be driven by the same old profit-oriented mindset, but this emergence proved one thing beyond a doubt. It showcased the power of blockchains to connect and coordinate people with common interest across the globe. If well organized this could give their agenda a well founded existence.

Even if Bitcoin and the swarm of altcoins fail as currencies, their growth paved the way for more and more people exploring the potential of blockchain to decentralize the control over what is now centralized. To share what was once owned. To establish the directions that were once dictated.

We at Comrade Cooperative foresaw blockchain as the emerging new global infrastructure few years ago. In it we recognized the potential to create an entirely new, transparent, and fair way of doing business. To build an organization that would allow for the community and the business interests to coexist again. So we could coinvent, build, and work together without losing trust.  Not for the sake of misplaced altruism, but because for those of us who witnessed, experienced and navigated in the shark infested waters, it became obvious that finding an alternative was simply a matter of adapting to the new circumstances.

Early on, we recognized that if we were to set a stable foundation, we had to solve three major challenges that cripple most modern organizations: minimizing the asymmetry of information, embedding the right incentives for all the stakeholders from day one and having a democratic while also swifty governance.

There is of course the issue of human nature – our basic drives. Behind all entrepreneurs there is the basic human need to stand out, to differentiate from their peers. But there is also people’s care about belonging, being proud of a collective accomplishment. We were very much aware that whatever our organization does, it had to establish an environment that would accommodate people with different drives and allow them to flourish with a sense of comradery. This is where the Cooperation as a legal framework came to us as the natural solution for a stable foundation.

Cooperatives are by design democratic, owned by its members, rather than a small group of owners. They are structured for taking into account everyone’s contribution, thus allowing for fair profit sharing. Members also benefit from a common infrastructure and assets that are hard for a single entrepreneur to acquire. While preserving the interests of the majority, cooperatives can onboard a virtually limitless number of members, maintaining their democratic governance.

Where coops suffer though, in comparison to the traditional companies, is that they can be sluggish in their governance and decision making. Much like in the army, within the traditional corporate hierarchy, major decisions are taken swiftly by a single entity allowing for a quick reaction to changing circumstances. In coops though, such decisions require a vote from the majority of the members. While slower, this governance model allows each member to have a say in important matter, ensuring their engagement with the coop goals. Also, to provide to its members, each coop should solve the matter of frictionless, trustworthy profit sharing.

Here is where we utilize the blockchain technology – to establish what was unimaginable just few years ago.

One of the undesirable offsprings of the profit-centered, hierarchical organizations is the level of disengagement they create among employees towards the company’s purpose and goals. The larger the organization, the more the disengagement grows from the top of its hierarchy to the bottom. Managers are desperately trying to fix the issue with performance bonuses, feedback sessions and a pallet of social benefits. Still, bonuses based on subjective criteria may become reasons for gossip and envy. Feedback sessions without peer recognition turn into a dreaded loss of an hour. Free perks do not engage with people’s internal drives, passions, and potential. Furthermore, none of the above helps people understand what is their place in the company. More importantly, why should they care to increase a profit they never get to touch.

Ren Zhengfei, the founder of Huawei, believed that if employees own a stake in the company they will be motivated to act as entrepreneurs. They would be proactive in taking new initiatives that would help all of them to earn more while also diminishing the differences in wealth across positions. So Zhengfei implemented his vision for Huawei’s from its first days back in 1988. Today Huawei is a private, employee owned company. He believes that going public would actually hurt the company’s success as this will make the company plan short-term, raise inequality between workers and major shareholders hurting the morale and put an end to their productive culture. With more than 82,000 share holding employees and the flourishing development of Huawei, Zhengfei proved his vision right. His idea for profit sharing managed to align both the individual and collective interests. It stimulated individual employees to innovate for the common goal of achieving the company’s vision.

Such a world we are planning to enable with the platform we lovingly named WeTonomy. With it, we can issue and circulate an internal token across members of an organization. In turn it is used to reward members’ work and measure their actual contribution, serving as the basis for automatic profit sharing. The token also allows people to thank for and award publicly the help of teammates. Last but not least, such a system allows token holders to fund each other’s ideas and see them come to live. WeTonomy aims to empower human-centric organizations with the next generation of tools to turn their organization’s goals into a shared responsibility!

We’ve been experimenting with several iterations of this concept last year. Here you can see one of our earlier versions – link to white paper.

The current version of WeTonomy is tested within the Comrade cooperative, with an official launch following soon after.

Furthermore, besides WeTonomy, we have several more, exciting projects in Comrade’s pipeline for 2018. Among which is a smart-contract infrastructure and reference framework for training autonomous AI agents using common crypto-mining hardware in the post-PoW era (codename: ScyNet). It’s a project inspired by some recent discoveries that took our attention while we were researching the interference between AI and the blockchain (link to white paper).