What’s on the horizon for Comrade Cooperative? 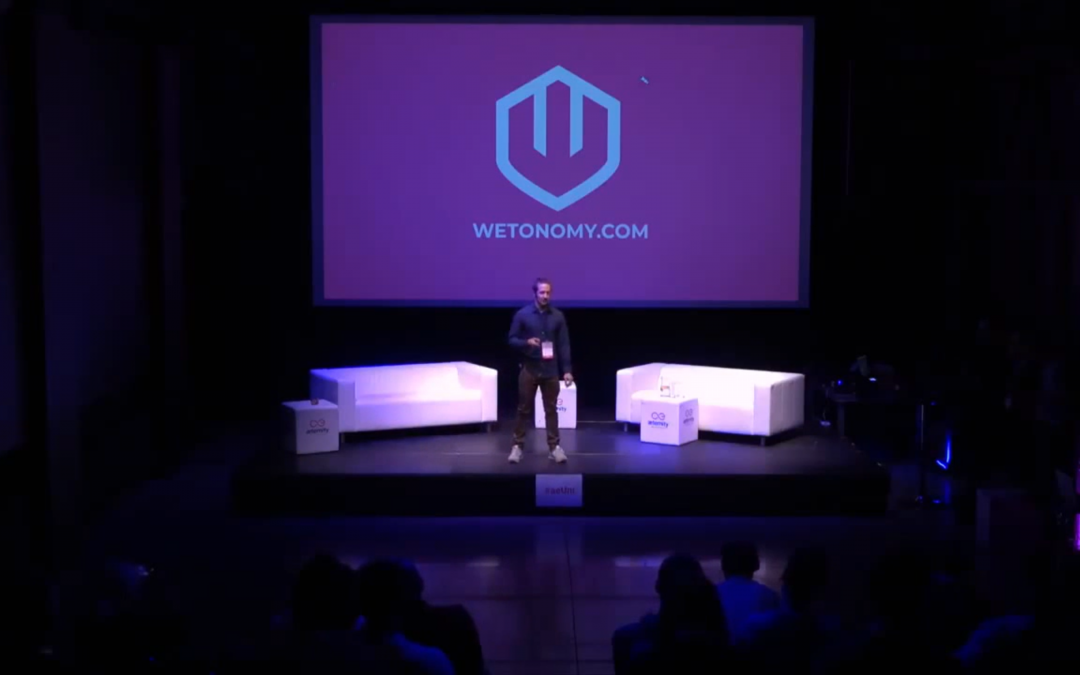 The last few months have been quite productive for the Comrade Cooperative. During the inaugural Aeternity Universe One event, we had the chance to talk about these recent developments. In case you missed our presentation, here’s a quick summary of what’s cooking around Comrade and its projects ScyNet and Wetonomy.

The ScyNet dev team has produced a running testnet and a real-time demonstration of it can be found right here. The software consists of a self-evolving AutoML node, learning how to accurately predict the price of the ETH/USD pair. You can find a little more about how it works here.

We’re also gearing up for a token donation event. It’s going to last for more than a year and it will be powered by autonomous auctions. We won’t reveal much for now, as we’re still in the process of ironing the details. If you’re keen to help ScyNet evolve, subscribe for the latest news around the donation campaign.

Last but not least, the European Union wants to establish a powerful AI think tank with a network of AI excellence centers. Bulgaria has proven to be a major source of young and promising computer scientists. That is why, Comrade as a part of the Bulgarian consortium, is applying to establish one of the European AI centers for excellence in Sofia. These centers will work on ambitious projects like ScyNet, with the aim to provide competitive advantage to the EU on the global AI scene.

The Wetonomy team has worked just as hard to wrap up our first mobile app beta. Serving as a platform for DAO, the application would allow its users to create and manage an organization of the future. While it’s still in its early days, the app already has functionalities like posting an achievement and rewarding the work completed by others in the organization. Rewards execute as transactions on the blockchain and we made the first successful one just over a couple of weeks ago. Watch a video demonstration and find out more about the app here.

We’re also in active conversation with the Network Society Lab. Together with the Maltese gov, they pursue establishing a jurisdiction that will define DAO as legal entities. Recently, NetSocLab adopted our idea to frame the relationships between a DAO and its collaborators as debt. This strongly hints that all Wetonomy-based organizations will be naturally synchronized with the upcoming DAO legislation in Malta. We’re also planning to register SPV for our projects in Malta, which would enhance our efforts of looking for continuous funding.

Comrade Cooperative – a look to the future

Finally, together with the president of Bulgaria Rumen Radev, we’re working on building and establishing a modern educational center in Sofia. The center will be focused on equipping children with the digital skills, required to thrive in the world of rapidly improving technology. The center will become the home of the Bulgarian National Teams in Science Olympiads. Keeping ties between education and business, the center will also host offices and incubators for Wetonomy-based virtual companies.

The Comrade’s role in this project is to make this center self-sustainable and deploy smart contracts that will automate its internal operations. The building will have a transparently and democratic budget allocation system. All of the project code will be open-sourced so it can be freely replicated around the world.

The project is supported by the Qatar Foundation, personally by the emir of Qatar, and the Bulgarian Academy of Sciences.

Watch the full Comrade presentation at Aeternity Universe One here: